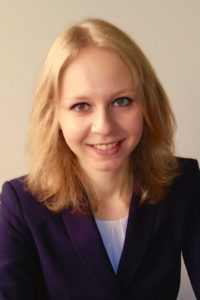 During law school, Ms. Jelinek was the Executive Editor for Notes and Comments on the Albany Law Review and she authored the Albany Government Law Review article, The Criminalization of Indebtedness. She is a member of the Justinian Society, and was the recipient of the MatLaw Prize upon graduation.

Before joining Johnson & Laws, LLC, Ms. Jelinek gained legal experience as a Law Clerk working in the civil litigation department at a firm in Albany, New York. She also worked as a Law Clerk for a family and matrimonial firm and as a legal intern in the Family Violence Litigation Clinic at the Albany Law School Clinic and Justice Center.

Ms. Jelinek concentrates her practice in civil litigation in the areas of municipal law, civil rights law, and employment law. She appears before the state courts throughout the State of New York, the New York Appellate Courts, and the United States District Court for the Northern District of New York.